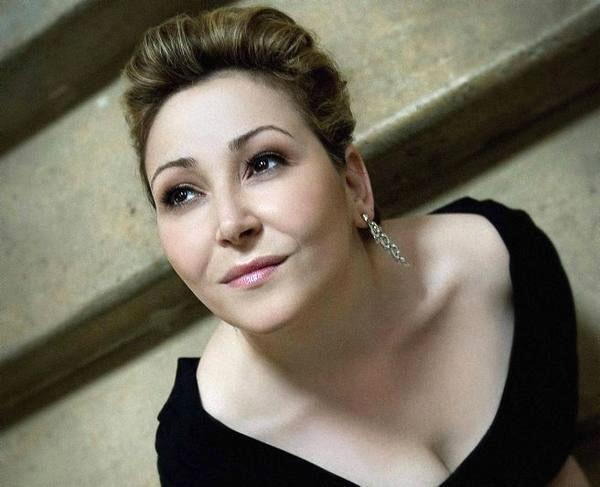 When ten years ago Véronique Daverio asked me to be the godmother of a festival that was then going to be born, I didn’t hesitate for a single moment. Primarily out of friendship for her, and also because summer festivals are privileged moments for us artists. Moments of exchange with the other invited musicians, and moments of intimacy and closeness with the public. Moments often prolonged by meetings organized after the concert. They are an opportunity to answer different questions about the music, about our work, and to realize that very often we bring the music to people who the rest of the year do not always have the opportunity to go to concert halls or to the opera. Finally the festivals allow us to discover very often outstanding places, and as such it is always a pleasure to come back to the banks of the Rance in Dinan.

Karine Deshayes, Triple Victoire de la Musique… invited to perform on all major French stages : Avignon, Lyon, Strasbourg, Toulouse, Chorégraphies d’Orange… She regularly performs at the Paris Opéra where she won great acclaim in the Rossini roles as well as the Mozart roles. It was also in Paris that she took on the role of Carmen for the firt time.

Karine Deshayes’s career has also extended into major international stages, including the Salzburg Festival (Die Zauberflüte under the baton of Riccardo Muti), the Teatro Real in Madrid, and the Liceu in Barcelona (the title role in Massenet’s Cendrillon). At the invitation of the New York Metropolitan Opera, she debuted in the role of Siebel before returning there to play Isolier (Le Comte Ory), and more recently, Nicklausse (Les Contes d’Hoffmann) directed by James Levine, where she drew particularly rave reviews from the New York music critiques. She followed this by performing in the role of Angelina in the Cenerentola at the San Francisco Opera, again to great success. Subsequently, she has sung the role of Donna Elvira at the Opera of Paris for the first time, a role that she made own, as the public and the critics unanimously, Adalgisa (Norma) at the Teatro Real in Madrid and in Moscow, Charlotte(Werther) at the Tchaikowsky Concert Hall in Moscow and. In concert, she beautifully played the role of Elisabetta in Donizetti’s Maria Stuarda at the Avignon Opera.

Her vast repertoire allows Karine Deshayes to perform in Concerts and Recitals under the direction of the most prestigious conductors, and to offer a prolific discography which received several distinctions.