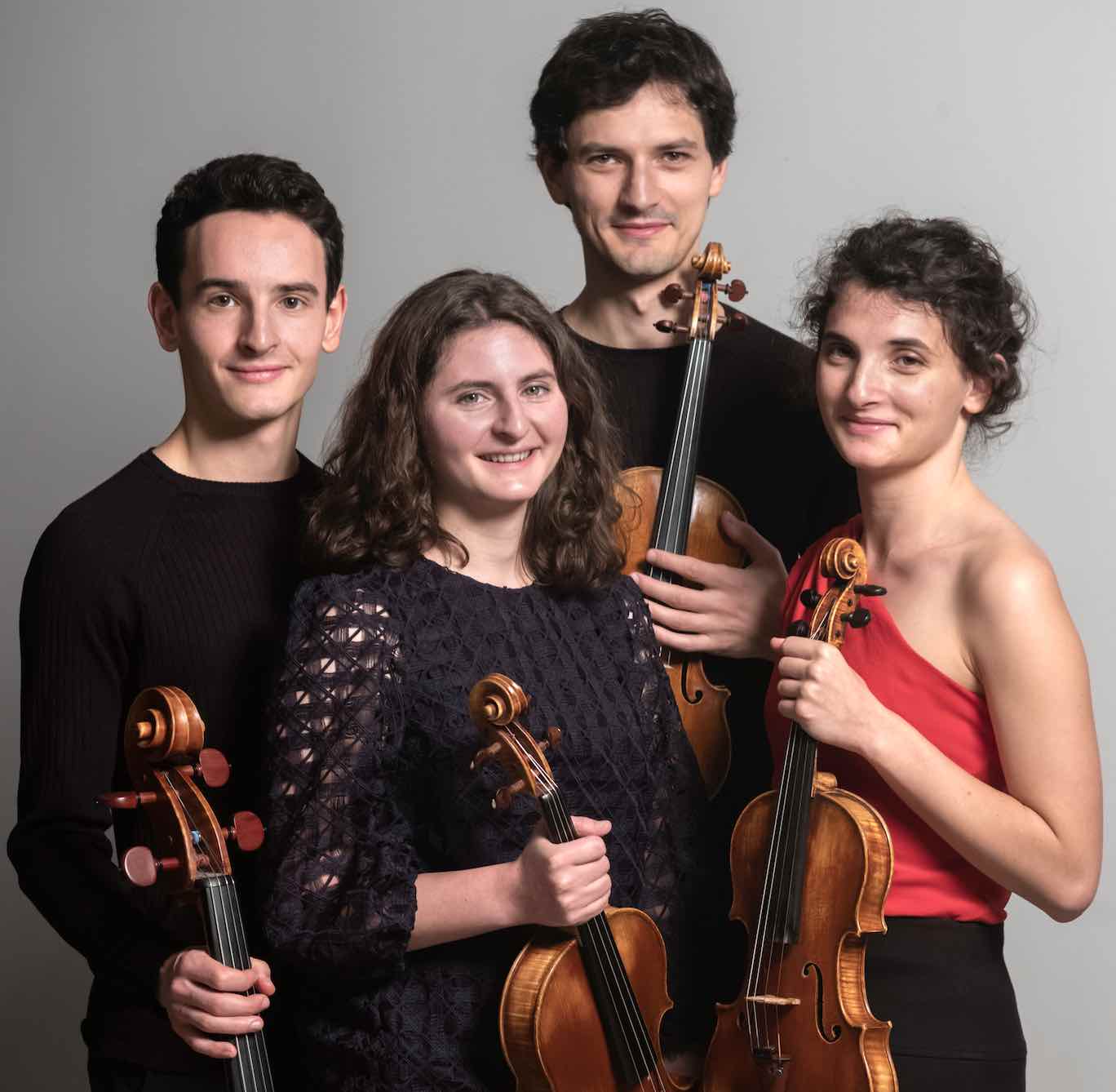 Sequence: Mozart then Schubert’s immense 2 cello quintet by the siblings composing the TCHALIK Quartet to which François ROBIN will join for The Final.

Born into a Franco-Russian family, the Tchalik Quartet has the unique characteristic of being made up of four brothers and sisters. Playing together from a very young age has allowed them to develop natural playing, collective breathing and an exceptional artistic communion.

In February 2018, the Tchalik Quartet brilliantly won the First Prize at the Mozart Competition in Salzburg, as well as the Special Prize for the best interpretation of a Mozart quartet.

The Tchalik Quartet has studied with renowned chamber musicians such as Jan Talich and Vladimír Bukač (Talich Quartet), Yovan Markovitch (Danel Quartet), Luc-Marie Aguerra (Ysaye Quartet), and Johannes Meissl (Artis Quartet). In 2016, he joined the prestigious Escuela Superior de Mùsica Reina Sofia in Madrid in the class of Günter Pichler (Alban Berg Quartet) and since 2019 he has been perfecting his skills with the members of the Belcea Quartet. In contact with these great artists, the siblings have been trained in the great classical and romantic repertoire.

At the same time, the Tchalik Quartet is also passionate about the contemporary repertoire. They have premiered works by Jacques Boisgallais, Michèle Reverdy, Bastien David. His first album, Short Stories, devoted to the chamber music of Thierry Escaich, received the Choc de Classica in February 2020.

The Tchalik Quartet is also winner of the 2017 Prize of the Fondazione Monte Dei Paschi in Siena, the Safran Foundation for Music, and the Tremplin de la Philharmonie de Paris. At the end of 2017, he was appointed resident at ProQuartet and was selected by Simone Gramaglia (Quartetto di Cremona) to participate in the project Le Dimore del Quartetto in Italy. In 2019, he is laureate of the Heidelberger Frühling Academy.

Meet the Tchalik Quartet & François Robin on August 8th in the program of the Festival Eté Musical à Dinan.