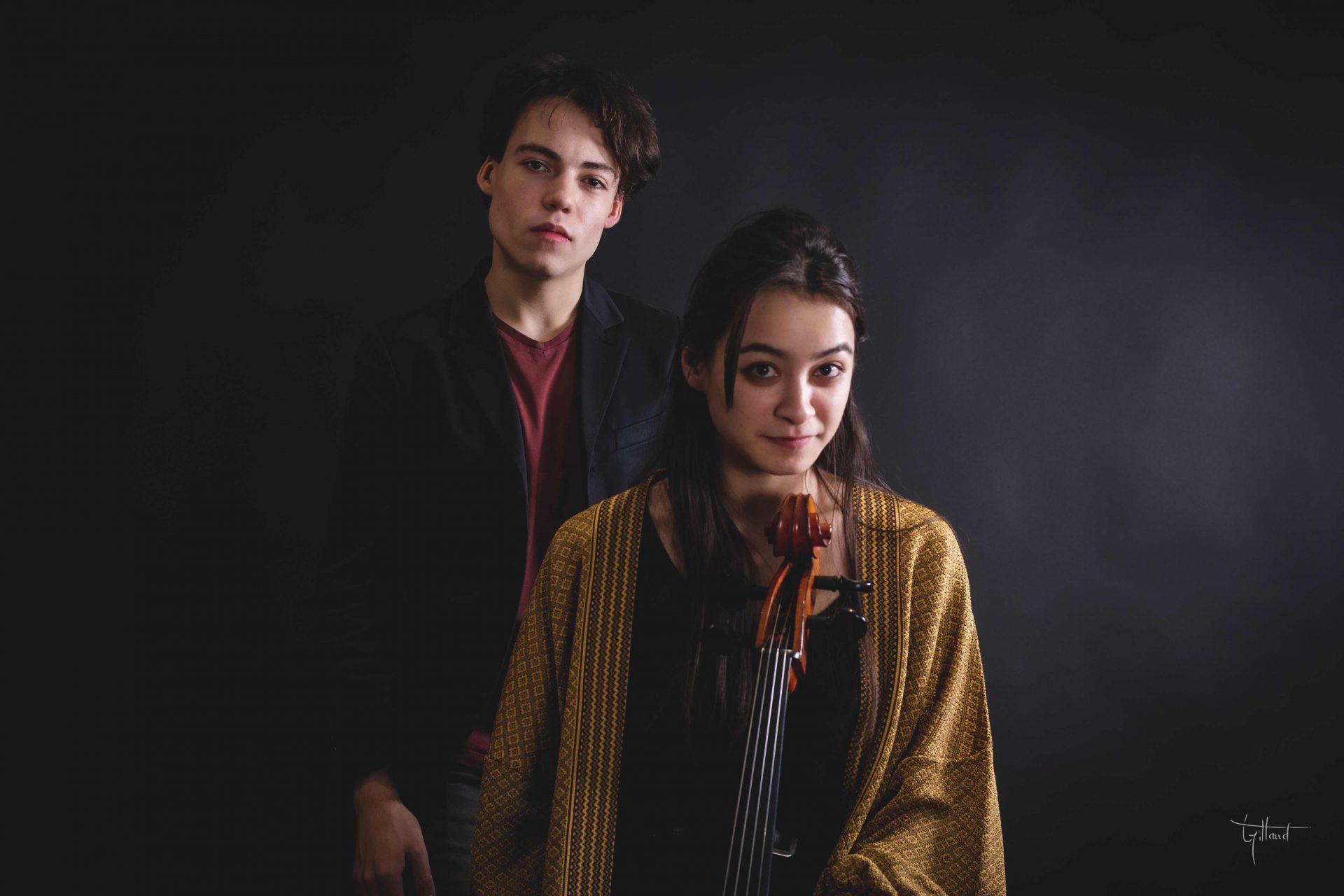 Talented Parisian duo, Maïa XIFARAS and Martin BEAU will transmit their overflowing passion for music through the most beautiful sonatas for cello and piano.

Born in 1999, Maïa Xifaras began playing the cello at the age of 5 at the Suzuki school. At the age of 8 she was admitted to the Conservatoire à Rayonnement Régional de Paris in the class of Marcel Bardon and then Thomas Duran. She then entered Matthieu Lejeune’s class at the CRR of Saint-Maur-des-Fossés where she obtained her cello and chamber music prizes with the highest distinctions. In 2019, she joins the Ostinato Orchestra.

At the same time, she benefits from the advice of Emmanuelle Bertrand, Jérôme Pernoo, Yvan Chiffoleau, Annie Cochet and Marlène Rivière.

During her years at the CRR in Paris, she also followed a musical training course in the class of Jean Paul Despax, and won her prize in 2017 by unanimous decision of the jury.

In September 2019, Martin is admitted to the Pôle Supérieur de Paris-Boulogne-Billiancourt, offering him, in addition to a degree in piano, a degree in musicology at the Sorbonne University.

He completes his piano training by integrating the specialized cycle of accompaniment in Claude Collet’s class, and benefits from the advice of Phillippe Ferro in chamber music.

Meet Maïa and Martin on Thursday August 6th in the 2020 program of the Festival Eté Musical in Dinan.